Deep down, everybody loves a bad girl.

The rule breaker.  The girl of our worst nightmares and our most incredible fantasies.

Bestselling books are entitled:  Bad Girls:  Why Men Love Them & How Good Girls Can Learn Their Secrets, and How to be a Bad B$%#@.”   Relationship books tell us that to get the guy for the long run, we have to be a little bad – we can’t be too nice.

The plots of the most memorable plays, movies, or TV shows, contain a bad girl.  The Bible is no exception.

In 1 Kings chapter 21, we are introduced to Queen Jezebel.  She is the quintessential bad girl.  In this chapter alone, she forged documents, engaged in identity theft, and arranged murder on behalf of her husband, King Ahab.

Her reputation lives on.  Today, women are still accused of having a Jezebel spirit.

But was Queen Jezebel really a bad girl?  And if she was, what does God really think of bad girls?

Why was Jezebel considered bad?  Well beyond her behavior, Jezebel was considered bad by the religious establishment of her day. In part, because she was a Phoenecian woman, not an Israelite.  Therefore, problematic.

Jezebel also worshiped the deity Ba’al.  She was as zealous about Ba’al as Elijah the prophet was about Yahweh, yet Jezebel was a bad girl.

Some would say Jezebel was a bad girl because she didn’t let her husband take the lead.  Jezebel essentially confronted King Ahab who had taken to his bed in disappointment, because a subject rejected his plot to purchase his land, and said: “What’s your name?  Are you not the greatest?”  Was she bad because in her devotion to her depressed husband, she tried to rally him?

Ultimately, though, it seems that Jezebel was labeled bad because she got things done. She organized, she persuaded, she ordered.  She got results.  She probably put into practice all the skills in political intrigue she learned at the knee of her father, himself a king.  And yet, this sort of savvy made her bad.

Consider this job advertisement for a top position in a well-known organization:

1) Is the Commander-in-Chief of the armed forces and of each state’s militia when the nation has need of it; 2) Has power to obtain information and opinions from heads of the executive departments; 3) May grant pardons and reprieves for crimes; 4) Makes treaties with other countries with approval of the Senate; 5) Appoints ambassadors, federal judges and heads of executive departments – all subject to approval of the Senate; 6) Reports from time to time about the state of the union and recommends whatever measures he thinks are necessary; 7) May call members of Congress together on extraordinary occasions, as well as adjourn their meetings when they cannot agree on their own about when to do this; 8) Receives foreign ambassadors and other public officials; 9) Is responsible for enforcing the nation’s laws; 10) and Issues commissions to all officers of the United States.

Considering this, wouldn’t it make sense for a successful candidate for this position to be a skilled politician?  A persuasive strategist able to organize around a cause? A passionate believer in something greater than him or herself?  Someone loyal and devoted to family?

In case you didn’t know, the foregoing is the job description for the President of the United States.  And if we are honest today, doesn’t Queen Jezebel seem to fit the bill?  Yet we call her a bad girl.  Seems to me she just doesn’t fit the mold, so we attempt to minimize her. 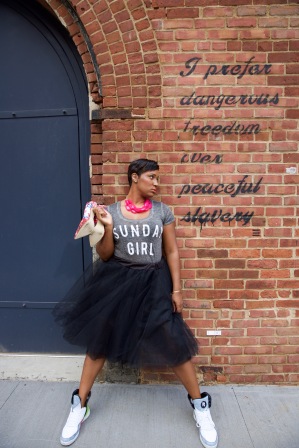 And nothing is scarier than freedom.

Yet, freedom is exactly what God wants for us. Freedom to offer our God-given gifts to the world.  Freedom to love lavishly.  Freedom to bring about God’s reign on earth.   To grant us freedom from the shackles of sin is why Jesus, God’s only begotten son, laid down his own life.

And so to be free warrants being a little bad, I think.

Don’t get me wrong:  God does not condone all bad behavior.    There are real consequences to every choice we make, and Jezebel paid hers (read 2 Kings).

But I would suggest that bad girls do not scandalize God any more than Jesus scandalized God.  After all, Jesus broke innumerable rules.  It was Jesus who let a woman with the issue of blood touch him.  It was Jesus who met an unwed woman by a well at the height of day.  It was Jesus who had women as ministry partners before they were ever formally recognized by a church organization.  Women named Mary Magdalene and Joanna, and Susanna and others who were not named.

I am convinced that we are more useful to God when we don’t waste time questioning our badassery.  God created us this way.  Before you were formed in your mother’s womb, God knew you.   And God loved you.

And in these days of unprecedented levels of human trafficking, mass incarceration, domestic abuse, and unfair pay, badassery just might be the order of the day.  Haven’t we tried it the other way?

And so maybe, just maybe, it’s time to claim the notion of being a bad girl for God’s glory.  Maybe, just maybe, it is the bad girls who are needed at such a time as this:  the ones we complain about for their “screechy” loud voices and who also display effective diplomacy; the ones we label as “difficult” or “domineering” and who also, against the odds are flourishing at home and in the workplace.

We would do well, perhaps, to resist the pull of propaganda and cast our vote for the bad girls in our midst.  Better yet, let’s figure out how we can each be a little bad for greater good.

What can we do?  First, we should let our creativity flow. 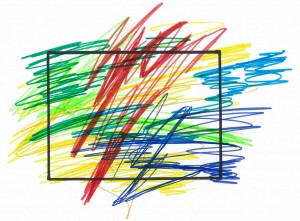 We should also be confident.  Bad Girls who are destined to change the world should be able to stand behind or beside their partner or friend and support them without feeling like anything is taken from their power.

It’s also okay to be charismatic.  Go ahead and role-play.  Jezebel was whatever the circumstance demanded: Queen, nurse, mother, lover, seductress, and all at the same time if necessary.

Finally, to be a little bad, don’t hesitate at the right time to be commanding.  Never back down.  Never give up.  Never let past mistakes hold you back.  Take your seat at the table even if no one has made a place for you, since bad girls bring their own folding chairs, as the late Congresswoman Shirley Chisholm once said.

The hashtag #ImWithHer is an official slogan for the 2016 presidential campaign of Democratic nominee Hillary Clinton.  But I invite us to jump on another bandwagon. 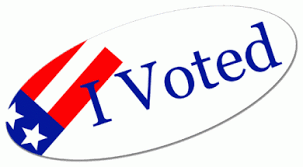 Today, I cast my vote for everyday women who already know a little something about being bad for the greater good.

I’m with her. The woman who perhaps had to declare a few dependents that weren’t actually hers, so that she could make sure her kids could enroll in the best schools.

I’m with her.  The young woman who first publicly disclosed her undocumented status during her speech as high school valedictorian.

I’m with her.   The trans woman who will dare to use the bathroom consistent with who she feels herself to be, refusing to live in fear because fear is a liar.

Yes I’m with her.  And you know what, the best news of all is that God is with her too.

With Jezebel and Joanna, and Susanna and Mary Magdalene, and the woman who anointed Jesus’ feet with her tears and wiped them with her hair, and Harriet Tubman who will grace the $20 bill and Jarena Lee, and Shirley Chisholm, and Michelle Obama.

God is with each of these bad women because they lived ferociously into their freedom, even when everyone around them was telling them to give up or step back or lay down.

God is with the Bad Girls. For greater is SHE that is in us, than anyone else in the world.  And yay though we walk through the valley of the shadow of death, we need not fear, for God is our comforter.

Yes, people may talk about you and scandalize your name if you are a little bad.  But know this: that bad girl?  I’m with her.  God is with her.  And you should be with her too.

Editor’s Comment: The following post is a guest post from Nichelle Jenkins (nichellelouisejenkins@gmail.com). Its contents have only been edited for syntax and flow. As with all guest posts, the views reflected herein do not necessarily reflect the views of editors or the owner of NotCinderella.com.