To: Every man who has ever referenced “sundress season”

In a few short weeks summer will be ushered out of our presence with the arrival of fall. If you live in a place with seasons, with it will go warm and humid days, block parties, barbecues and more skin being shown off than covered up. Yet and still I could not let summer end without addressing what has become known to some men as “sundress season.” My rant may seem to be two months too late, but maybe just maybe you will take this note into consideration as the sun peaks its head out again in 2017.

We get it. You love summer. We do too. It’s warm out, the weather is beautiful and there’s a ton to do and you can wear what you want sans clunky outerwear.

For women, one of our go to’s in the summer is a sundress. Apparently, you love them too for you have dedicated countless memes and videos to their existence. 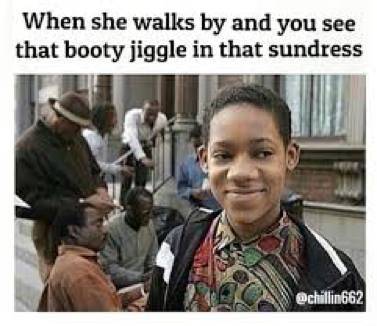 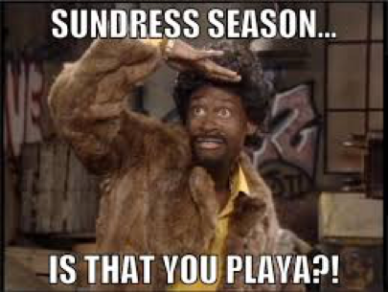 We understand your love for them, but here’s the thing. For some reason your ego has allowed you to think we are wearing these dresses to impress you or get your attention. Somehow you have allowed yourself to believe women get up and get dressed in the morning thinking, “How many dudes can I get to fondle me with their eyes today?” and we choose accordingly.

I am not speaking from a nascent perspective which assumes there aren’t women who dress with men in mind. We know they exist and I am not speaking on their behalves. Yet to assume all women dress for your pleasure is the same thinking that leads you to believe every gay man wants you just because you are a man. It simply isn’t true and attests to an ego gone wild. So, in this letter I want to attempt to make you cognizant of other logical reasons women dress this way in the summer and the shaming behavior that some men exude because of it.

Reason 1: It’s Hot. It sounds simple enough, but when you live in a city with high temperatures and humidity you want to do everything you can to not be hot. We sweat too and we want to wear as little as possible to mitigate any additional heat. Newsflash, this is also why some women choose not to wear underwear. They aren’t necessarily trying to entice you. It’s just hot.

Reason 2: They’re easy and functional. They don’t take a lot of fuss.  You can literally shake the wrinkles out of a sundress, throw it on and be ready to go. They are easy to dress up or down and transition from day to night. You need this in summer months when you have probably sweated out your outfit just trying to get ready.

Reason 3: We love our bodies. Come on. Anyone knows that these dresses accentuate everything. That can be a good or bad thing. We love our bodies. We love our bodies in a sundress. Us loving our bodies has nothing to do with you. Your looks, comments and speculation only serve as irritating hyperbolized confirmation of what we already know and not affirmation we are seeking. We will thank our parents for this amalgamation of genes that conspired in the creation of our bodies, but you get no credit for gawking at it. 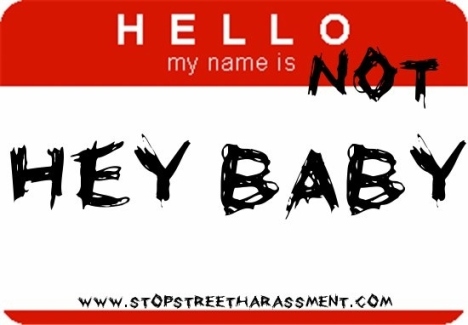 Let’s be honest. Compliments are nice in the right context, but in the wrong context make you want to rip off your own skin. Don’t believe me? Walk down the streets of Harlem in the summer in anything form fitting. Let me take that back. Just walk down the street period. I have heard men make comments to women in sweats, women who are pregnant, etc. Sometimes you guys have absolutely no chill.

You wonder why we have a screw face when you make a comment? Or don’t respond when you speak? Or straight up ignore you? It is because somewhere along the way one of your fellow specimen thought it alright to yell something lewd, put his hands where they didn’t belong or failed to treat us with the respect that we deserved and then wanted to call us out of our names for holding on to a piece of our dignity while we walked through a crowd of old, dirty men licking their chaps and talking about what they would do if they had us. Do I have a man? That’s none of your business. Does he know what he got? Yes he does. Can you take me out? No you can’t. You don’t even know how to properly put together a compliment without lewd sexual undertones so what type of conversation could we have? Again, I get it. Are we sometimes ruder than we have to be? Absolutely. Do we ever misinterpret a compliment not meant as disrespectful as a first degree felony? More often than we would probably like to admit. But when walking down the street without being disrespected begins to feel like an Olympic sport one can begin to grow a little callous.

To be clear the sundress is a euphemism for anything that results in unwarranted and unsolicited attention. This happens on our jobs and in our churches. Oh you thought we didn’t catch that glance you gave walking to the altar? We did. Let’s not use the place where people come to commune with God as your opportunity to cop a feel you could never get on your own. The welcome or passing of the peace is not the time to hold on too long, rub or kiss anyone in an appropriate place. Neither is the benediction or anytime we pray. You don’t need to rub my hand for the prayer to be effective. God heard it loud and clear. No we can’t meet up personally to talk about your problems. No I can’t go into a private room to pray for you. What you need is therapy and a good co-pay.

I know there are some of you who are going to feel like this is male bashing. That’s fine. You naming it as such does not erase the women who are sick and tired of feeling like meat on an auction block. There are some who will say if we don’t want anyone to say anything then we shouldn’t dress that way. That’s your opinion, but also understand that does not stray too far from the rapist mentality that says a woman was asking for it because of what she was wearing. There are still even more of you who will say, “Are you crazy? I would love for women to gawk at me and make comments as I walk down the street.” Great. Then go throw on a sundress, walk down the street and give it a whirl. Let me know how it goes for you. I know you will most likely disregard this as an angry rant, but possibly you will think about it a little bit more before deciding to go there.

The women who never asked to be the focus of your wandering gaze or lewd comments.